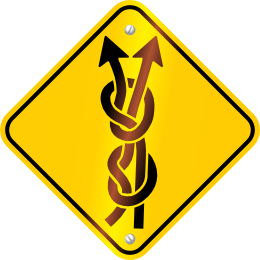 It’s frequently required to have your actual IP address hidden when doing web scraping or, alternately, to access the website from different counties. That’s why we have anonymizers, also called anonymous proxies. These days, it is possible to find an abundance of proxy software and services. Following is a general summary of the fundamentals of proxy:

Those that are web-based get their power from server-side software like Glype, CGIProxy. Such proxies function only via a web browser. CyberGhost Anonymous Proxy is an example of such service. Although they are readily available and simple to use they are hardly ever used in web scraping (but this is still possible).

Similar to its name, an open proxy is an HTTP proxy or SOCKS proxy server that is left as an free and open gateway that people online can enter. You have to configure the proxy settings of your browser if you’re going to use HTTP or SOCKS proxy servers successfully. The benefit of such proxies is that they are compatible with a majority of web pages because they don’t have to modify them to transport them. But there can be major disadvantages to utilizing an open proxy. We do not recommend that people use open proxies because these types of proxies do not offer any protection against intruders who intend to expose matters that are meant to remain private.

Freenet, I2P, and TOR are different types of online networks that are anonymous; these networks are comprised of layered encryption, also commonly known as onion routing, and peer-to-peer networks permit users to converse with other people without revealing their identities. Instead of using their own equipment, a majority of them depend on end-users to provide resources such as bandwidth to their networks. Similar to open proxies, these have some major disadvantages in contrast to anonymity networks. In addition, such services are known to be rather slow.

There are businesses services (like CyberGhost, Proxify.com) that sell client-side applications that allow you to configure your own proxy settings on your browser or that let you set up a connection to a virtual private network. Such services vary a great deal in the quality, dependability, and effective functioning they offer. A few such services are just open proxies made to look like they have a fancy interface.

Traffic that gets routed through a proxy server won’t seem to come from your computer, but rather from its IP address. As opposed to a VPN server, a proxy server will not need to dedicate particular resources so that every bit of traffic it sees is encrypted, meaning it can support simultaneous connections—as many as tens of thousands–from lots more users. It’s typical for a proxy server to communicate with the internet via either the HTTP or the SOCKS protocol:

HTTP proxies interpret traffic at application layer, meaning it only deals with the type that begins as http:// or shttp://, that is pages appearing on websites. Consequently, its main use applies to surfing online, but since its only task is looking at an HTTP request, the speed is quicker than Socks proxies or VPN servers.

These aren’t interpreting network traffic, so they’re a lot more flexible, although slower because they handle greater amounts of traffic. SOCKS major benefit is its ability to support all types of web traffic, like POP3 or SMTP, so that there can be email service, IRC chat, torrent files, and FTP that allows websites to be uploaded. SOCKS5 is the most current protocol iteration.

Proxy as opposed to NAT

“Proxy” usually has to do with a layer-7 application using an OSI reference. But you can also proxy through layer-3, which is called NAT or Network Address Translation. Each of the two types of technologies differ among the operating tiers and in the methods for configuring clients in order to ensure they work as a proxy. Comparing them, a “transparent firewall” is a phrase you might find. When a layer-3 proxy utilizes layer-7 proxy benefits without the client knowing about it, there’s a transparent firewall in place. It’s assumed by the client that it’s a NAT in layer-3 NAT, which means it doesn’t know about the packet’s interior, although using this strategy the layer-3 packets can be sent to be investigated via the layer-7 proxy.