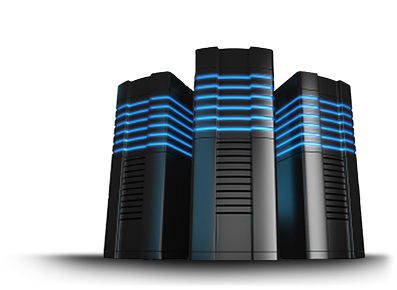 Choosing a provider is not an easy task, you always want to find something «cheap and cheerful». However, quite often it is hard to find a golden mean and you have to choose between computing power, speed, and cost, not mentioning additional features such as DNS-servers, control panel, etc. In this article, I will present you test results for several providers of various sizes, and I’m hoping that it will guide you in a decision-making process of choosing a hosting.

Disclaimer: I do not claim that these tests are complete and technically literate. The main goal was to obtain a high quality result that shows main directions in selecting a hosting. If it helped you – great, if not – I don’t mind.

I took three parameters as metrics, which are computing power, response time (ping), and download speed.

So, I will compare seven hosting providers I worked with. Among them there are two Dedicated Servers, four Virtual Private Servers and one Shared Hosting:

This is the most costly server among other in this test:

This one is also a dedicated server, but with very cheap CPU:

This is a virtual private server in Amsterdam:

This is another VPS of the same provider, but located in New York:

This is a VPS of Russian provider located in US data center:

A decent hosting in RU zone*
*based on editor’s experience

This server belongs to another major Russian provider located  in Moscow data center:

The last one is the most cheapest hosting solution from Ruweb, a shared server:

In this test I used a simple PHP Benchmark Performance Script to estimate computing power of the servers and got the following results:

In this test I used site24x7.com service to determine server response time when it is pinged from six different locations: California, Netherlands, Brazil, South Africa, Singapore and Russia. Here is what I got:

In the last test I downloaded the same file of 5 Mb from each server in question to two different places:  USA and Europe. For this I used wget utility (both for Linux and Windows).

So, what do we have?

If you are looking for a cheap hosting, Ruweb virtual hosting will satisfy you. Even though it hasn’t shown the best results, for a $1 per month hosting it was not bad! To be honest, I’ve been using this provider for many years and I’ve noticed that the speed of their virtual servers is even higher than that of some VPS servers. I think it is due to the fewer number of websites that are hosted on a single machine compared to other providers.

If you need fast European hosting, Proudhost showed quite good results in terms of data rate. But don’t skimp on CPU!